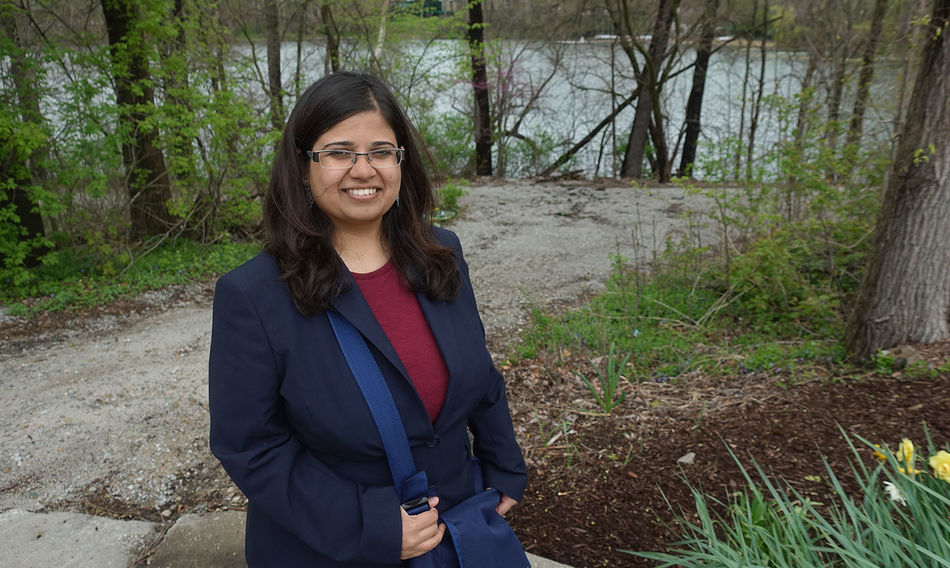 It was a picturesque morning in September following mass at the Basilica of the Sacred Heart when Pooja Ranade first realized that she was smiling.

“It wasn’t a natural thing for me,” reflects Ranade. “But I remember feeling so calm and happy – I wanted to hold on to that feeling.”

By the time she finished her walk around the lakes on campus, Ranade felt transformed and inspired by this new realization. The simple act of smiling connected her to campus in a way that she never imagined.

It’s not to say that the Fulbright Foreign Language Teaching Assistant (FLTA) from Pune, India has never smiled before she came to Notre Dame. While she considered herself a serious introvert, she would certainly smile at close family and friends. However, she says there are cultural differences that have influenced her as a professional, especially as an assistant professor of English at a university in India.

“When you work in India, you are supposed to be serious,” says Ranade. “As part of our work culture, you don’t automatically smile at strangers.”

Now, Ranade treats strangers like close friends. She craves that feeling of positivity and connectivity when she walks through campus. The extrovert convert felt empowered to share her story and give a voice to those who haven’t found their smile. She began reaching out to other international students on campus, looking for ways to connect and share experiences.

A space to connect 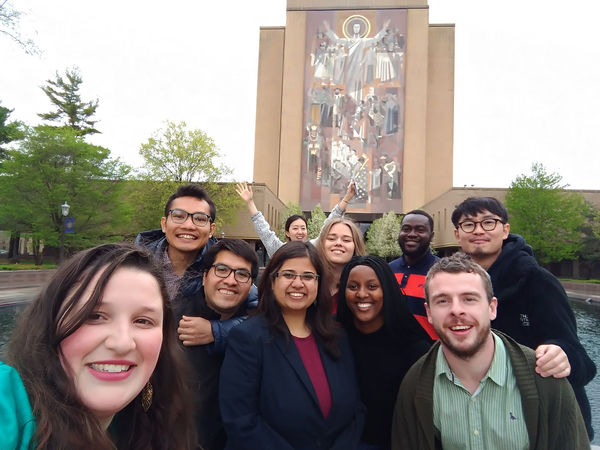 Ranade is pictured with other FLTAs in front of Touchdown Jesus

When she learned about a new intercultural conversation series hosted by the International Student and Scholars Affairs (ISSA) office, she was intrigued. In the spring, ISSA created an event called “Who’s at the Table? First Person Stories on Identity and Culture.” Through first person stories, students discuss their own explorations of culture and identity, which is meant to inspire and spark conversations for all attendees. The event targets international graduate students, but anyone who has spent a significant time outside of their home country and discovered something new about their story is welcome.

“I love that our international students, and our students studying abroad, are discovering who they are in ways they may not be able to in their home country,” says Leah Zimmer, director of ISSA.

“It's important that we have space to have those conversations and share those insights with each other, because the questions and insights that our students have from around the world may help their peers discover something more about who they are.”

Without hesitation, Ranade volunteered to be a part of the series and tell her story. She kept playing that moment over and over again in her mind – the moment that she realized the power of a smile.

“I had just traveled outside of India for the first time in my life and I arrived on campus,” starts Ranade.

“I remember someone welcoming me to Notre Dame and I instantly felt at home. When someone is smiling at you, it’s hard not to smile back.”

Ranade wasn’t sure if anyone would understand or relate. It became clear that other students and scholars shared similar experiences.

“As soon as I started talking, I noticed people nodding their heads,” says Ranade. “All of my tension and fears disappeared. On that day, I felt even more connected to the Notre Dame community.” 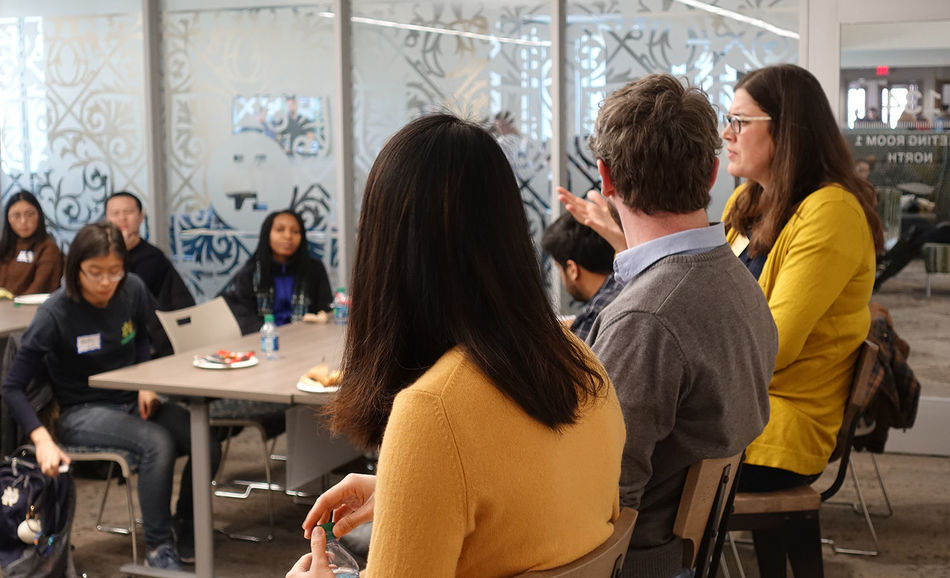 ISSA created a series focused on culture and identity, sparking conversations for all attendees

From the beginning, she knew that her time on campus was limited to one year. She volunteered for as many events as possible, with the goal of developing new relationships and learning new cultures and perspectives. She was particularly close with the ten other FLTA scholars on campus. Through the highly competitive program hosted by the Center for the Study of Language and Cultures (CSLC), scholars teach language courses, take courses themselves, and participate in community outreach at local elementary schools.

“I’m providing these students a gateway to Indian culture and to the world,” reflects Ranade. “Smiling truly became a part of the job.”

Along with teaching at Notre Dame, Ranade also taught Hindi to local students at both Nuner Fine Arts Academy and Clay International Academy. She took her responsibilities as a cultural ambassador, both on and off campus, seriously. She particularly enjoyed interacting with the local community and young, vibrant students.

“I was impressed by the inquisitive nature of my students,” says Ranade. “They were so curious about the world beyond the walls outside of their classroom.”

This summer, Ranade returned home following a year-long fellowship at Notre Dame. She hopes to pursue a doctorate in political science and continue teaching at the university level.

Ranade is thankful for the opportunity to share her language and culture with the Notre Dame community. Her program was full of enriching opportunities, allowing her to connect with students from around the world and fulfill professional development goals. Most importantly, it’s led to discoveries about herself. Ranade walked away with a new sense of confidence, a new set of friends, and a new smile.

“I am leaving as a truly different person thanks to Notre Dame and Fulbright,” says Ranade. “I am smiling right now as I think about my future.”

The first person series will resume in the fall. Students interested in sharing their stories are encouraged to sign up here.